Check out this link for more information on Cholangiocarcinoma 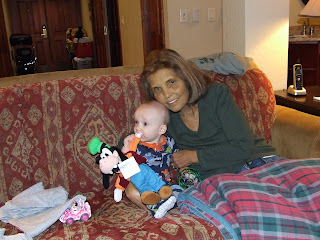 Over the last few months we were blessed to spend some quality time together as a family before mom passed. I just wanted to post a few pictures to show you all the fun times we had together. 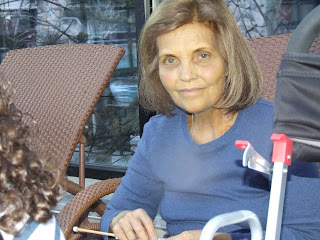 In November, in the week after mom returned home from the hospital, we went to Park City and spent a few nights together as a family. Mom was so disappointed that we weren't able to go on our Disney Cruise, but we still had a great time!

After our little trip to Park City, we were lucky enough to go to Disney On Ice as a family and have a chance to wear our Disney Family Cruise t-shirts. It was a fun night! 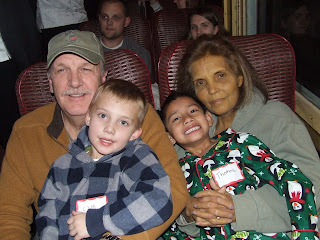 One of our last activities together as a family was going up to the Polar Express in Heber. It is a memory that we'll cherish forever!

We are so blessed to have these wonderful last memories and we will always hold them in a special place in our hearts! Thank you mom for always pulling us together. You have taught us the great meaning of a family and that will never be forgotten! Love you!
Posted by Elliot Sorenson at 11:38 AM 4 comments: 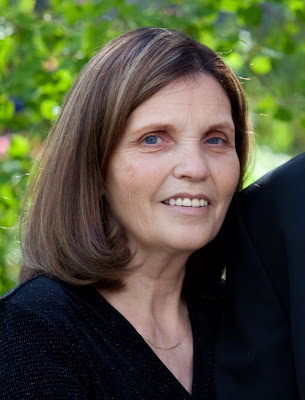 Catherine Jane Midgley Sorenson, 1949 – 2011. On December 31, 2011, Cathy’s courageous fight with cancer ended and she returned home to her Heavenly Father. Cathy was born March 23, 1949 in Salt Lake City, Utah to Frank Park and Nedra Midgley, the sixth of eight children. From an early age, Cathy had a special relationship with her parents and valued family. Some of her fondest childhood memories were visiting her grandparents in California and their visits to Utah. In 1967, Cathy graduated from East High School in Salt Lake City. After some schooling in Chicago, she returned to Salt Lake where she continued to work until she met Jay Parson Sorenson. She and Jay were married on May 20, 1977 and he has been her eternal companion since that time. Cathy and Jay quickly started a family and are parents to five children. Her family, including her husband, five children, their spouses, and her eight grandchildren were the center of her life as she was an amazing wife, mom, grandmother, sister, aunt, and friend. Cathy was a member of the Church of Jesus Christ of Latter Day Saints, serving many in her church. She had an incredible faith in Jesus Christ and passed this faith and legacy on to her family. Cathy was a gifted artist. For the past seven years, Cathy and Jay had a booth at Swiss Days where she sold her designer gourds, each year winning an award for outstanding booth. Cathy loved nature, especially drives in the mountains with her family. Cathy loved vacations, especially trips to the east coast and Pennsylvania Dutch country. Cathy was a great cook and left many recipes to her family that will always make us think of her. More than anything else, Cathy loved many and was loved by many and will not be forgotten. The family wishes to thank the many doctors and caregivers who cared for Cathy throughout the last year and a half. Cathy is preceded in death by her parents and sister, Elizabeth. Cathy is survived by her husband, five children, Grace (Mark) Daniels, Jamie (Misa), Park (Anna), Cate (Spencer) Brown, and Elliot (Andrea), eight grandchildren, and six siblings. Funeral services will be held at the Canyon Rim 4th Ward, 3051 S 2900 E, Salt Lake City, UT 84109 on Thursday, January 5, 2012 at 11:00 a.m. Viewings will be held on Wednesday, January 4, 2012 from 6:30 p.m. to 8:30 p.m. at Cottonwood Mortuary, 4670 S Highland Drive, Holladay, UT 84117, and from 10:00 a.m. – 11:00 a.m. at the Canyon Rim 4th Ward, 3051 S 2900 E, Salt Lake City, UT 84109.

Also the Obituary should run in local papers on Wednesday and Thursday of this week.
Posted by Elliot Sorenson at 10:42 AM 9 comments:

Where do I start? It has been sweet to spend these last few months with our mom. Mom passed away this afternoon around 2:35 PM. She went very easily which was a blessing to her and our family. Just in the past couple of days she had stopped eating and drinking and yesterday was the first day she became unresponsive. We all just wanted to thank everyone for all of your thoughts and prayers. Mom has been the greatest blessing in all of our lives and we truly believe that she'll continue to surround us and bear us up. Mom would like all of you to know how much she truly loves each and every one of you! She was one who impacted every individual that she came in contact with. She truly was an Amazing Woman! Thanks in advance for all your thoughts and prayers for our family in this tender time. Please stay tuned for mom's obituary that I'll post here in the near Future.
Posted by Elliot Sorenson at 3:37 PM 5 comments:

No Trip... But back at home and doing well

On Tuesday of this week, mom was put in the hospital due to many complications. The main issue is that her bile is so high that it is shutting down her liver and other organs. The doctors don't think she will be with us for more than a couple of weeks. She is having a difficult time because she wanted to go on this trip more than anything! Even today she still thinks she'll be able to go. But we'll bring the trip here and have a wonderful time at home as a family. Mom has her ups and downs. She would love to see you all, but there are just too many people that love her and she just can't manage. If you would like to see mom, please call and make sure it is an appropriate time. Letters, prayers, and other gestures of love are much appreciated. Mom would like to let you know the great love she has for all of her family and friends. Thanks so much for all of your thoughts and prayers. Mom is very comfortable and feels at peace and this is only because of all your sweet daily prayers. Thanks so much in this trying time. I'll keep you all updated...
Posted by Elliot Sorenson at 3:31 PM 9 comments:

Well I am sorry it has been so long since I have posted on this blog. Over the summer things were just going so well, it was hard to have anything to write about. Over the past couple of months there has been quite a lot to tell, but I just haven't been able to find the time to sit down and write. Well mom hasn't been doing so great as of late. She could really use all of your prayers! Mom has been fighting jaundice for the last couple of months and the doctors can't seem to find a way to get rid of it. They believe the jaundice is being built up in moms liver because the tumors are growing and the bile has no way to get out. Recently they tried a new chemo drug, but it made mom so sick that she was hospitalized for a few days. Now mom is off that chemo and trying to recover. The doctors wanted mom to recover as much as possible so she'll be able to have a nice trip. This next week, all of the Sorenson's are going to Disneyland and on a Disney Cruise. We are hoping that mom will be able to relax and enjoy some time with the family. When we return, the doctors will re-evaluate mom's situation and see if there are anymore options they could try to keep mom with us. Mom is very exhausted and tired of being sick, but she keeps on fighting because of her love for life, her family, friends, and neighbors. Please keep praying for her and I'll let you all know how our trip went and how mom is doing once we return.
Posted by Elliot Sorenson at 2:38 PM 3 comments: 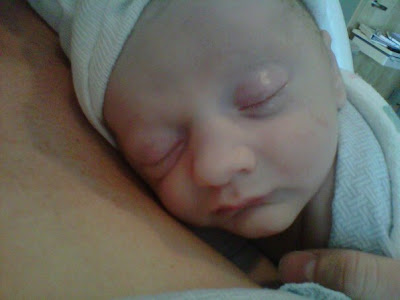 Just added one more baby to the Sorenson family!

Ryan Park Sorenson was born to Park and Anna on April 23rd. They will call him Park.

Mom was very pleased to have one more healthy nephew!

Mom is doing pretty well. She is still going into Chemotherapy twice a month on Mondays. Nothing much has changed since last time I wrote. There are always a few complications that come up, but overall she is feeling very well and the doctors are please with her progress. She will still be going through Chemotherapy for a little while longer. It's been going on for so long that I have even forgotten when she will be done. I think we are expecting that sometime in the summer they will run more tests and see where she is at.

But in the meantime, All the new babies, birthday's, and parties have been keeping mom busy and of course very happy. There is still one more baby on the way. Grace is expecting another baby boy in late July of this year. I'll let you know when that happens.

Thanks again for all your thoughts and prayers! It really helps mom keep going! Hopefully here in the near future we'll have some great news that she has overcome this deadly cancer.
Posted by Elliot Sorenson at 3:13 PM 4 comments:

Vacation, Birthday, and a New Baby 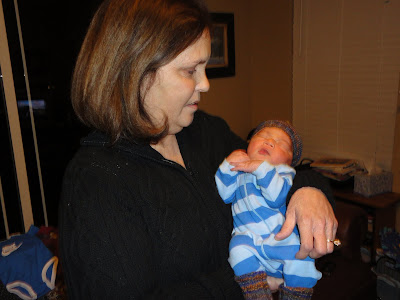 Well a lot has happened since the last time I wrote.

Maxwell Jay Sorenson was born on February 22nd to Jamie and Misa. Mom was very happy to have another little boy join the Sorenson family.

Park and Anna are due to have a little boy any day now and we all can't wait.

Mom recently had a wonderful birthday and Mom and Dad took a nice relaxing trip back East (Mom's favorite place). Mom felt really well the whole trip and had a great time.

Mom is still going through chemotherapy two Monday's each month and hasn't had any complications. Mom would like to thank everyone for the thoughtful Birthday notes and the prayers in her behalf. Thanks for all the love and support.
Posted by Elliot Sorenson at 8:34 PM 3 comments: